During the 2020 summer protests for racial justice, I took a deep dive into learning more about the lesser known black histories in America.

I happened upon a powerful story about concentration camps that existed in a gorge called The Devils Punchbowl in the little town of Natchez Mississippi where my grandmother (who is black and Native American) was from.

I’ve been deeply moved by what I discovered and was inspired to paint this piece called ‘Peach’.

I need to preface this story by saying that in my research I was only able to uncover a few sources recounting the history of the Devils Punchbowl, and some details have been debated. The fact that these camps existed is not.
.
After the Civil War, liberated black people made their way north in search of new and safer lands to call home. Many passed through a tiny town called Natchez Mississippi located on Mississippi River and the boarder of Louisiana. The population of this predominantly white town exploded from 10,000 to 120,000 virtually overnight. Unable to grapple with the population swell, the city turned to Union troops still lingering after the war to devise a solution. They built 3 walled off camps in a gorge called ‘The Devils Punchbowl’ to hold the African Americans who entered the city. It was horrible conditions within the camps, and thousands of men, women & children died due to over crowding, disease, dehydration, and starvation. They were not allowed to remove the deceased from the camp so they had to bury them where they fell.
Eventually the camp closed and the basin walls grew covered with thick gnarled forests. Amongst the foliage sprung wild groves of peach trees, that to this day inhabit the basin. Nobody can or will eat their fruit because the dense forests are had to navigate, surrounding cliffs are dangerously steep, and of course because of the history that lays beneath the soil and feeds the roots of those trees.
.

When I hear this story, I imagine to the tune of Billie holidays ‘Strange Fruit’, Wild trees waving hushed leaves in a dead southern breeze..

roots fed by bodies prematurely plucked for their ripeness, never left to age or sweeten.
Finally free.. in the company and protection of overgrowth, creatures, sun and a slow, big and winding river.
Wild groves of peach trees bearing endless cycles of low hanging fruit, heavy, dripping in the humid sun.
Budding fragrance filling the basin
ripened to sweetness
aged and full bellied,
and eventually
when ready
dropping back to earth
untouched
soft with age
whole
and free. 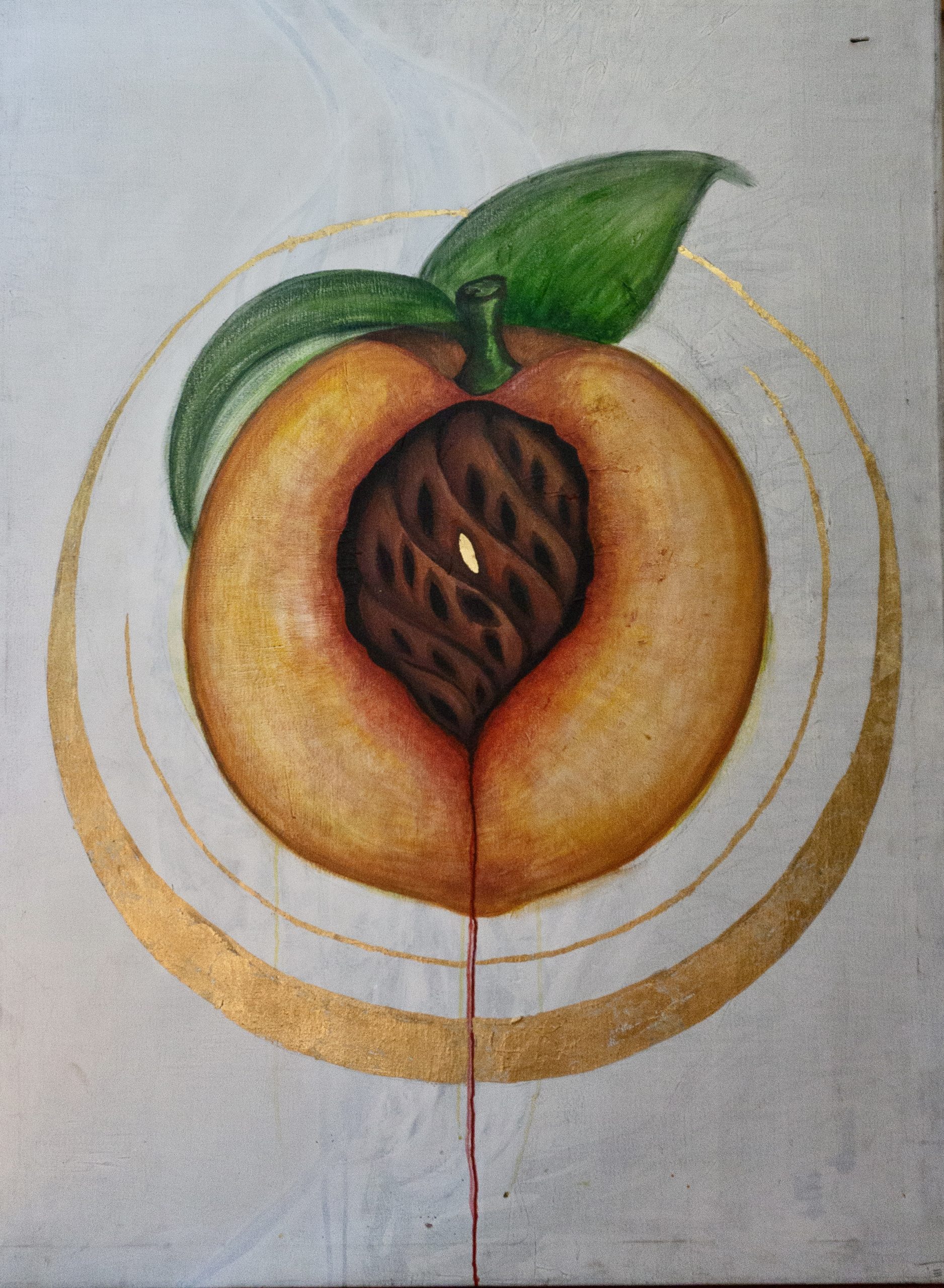